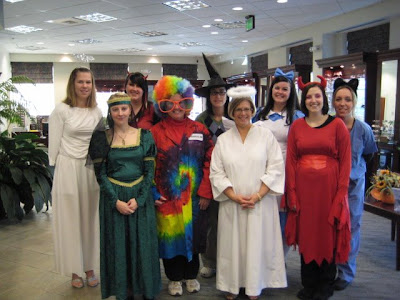 We got to dress up at work for the first time since I've been working there. Dr. Doxanas was really nice and bought us all crabcakes! 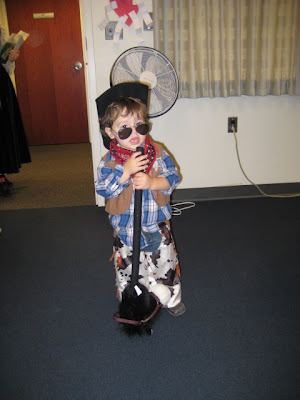 We got some little visitors too. Here is Gabe as a cowboy. He came in our office riding his stick-horse. He was so 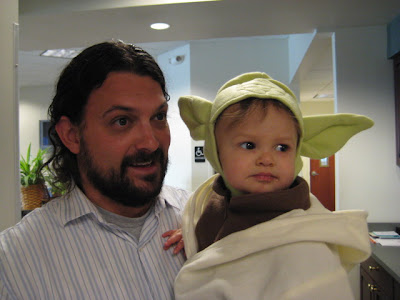 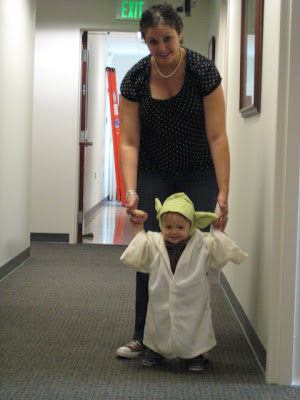 And Cadence came dressed as Yoda! His dad must be so proud.


And here he is with his mommy. He's so close to walking on his own, but prefers crawling because he can get around faster. Those long sleeves were getting in the way, though. 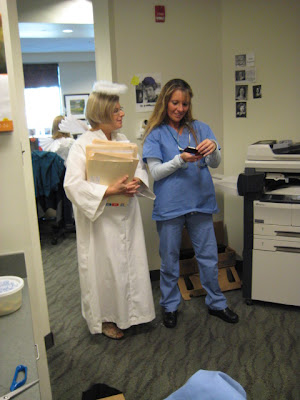 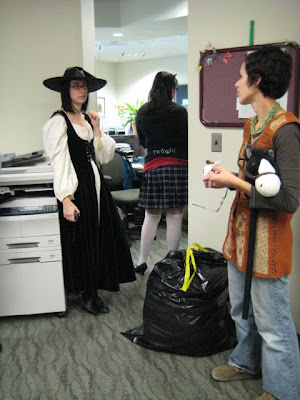 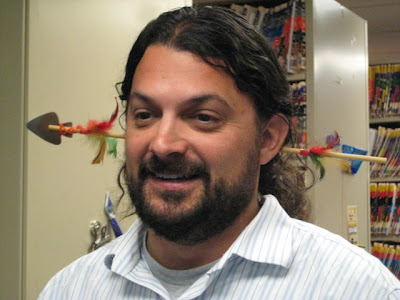 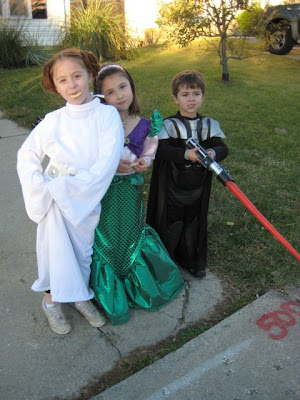 After work we went to my parent's to do some trick-or-treating. Hannah and Ben dressed as Princess Leia and Darth Vader. Danielle did an excellent job with Hannah's hair! Hannah was telling me about it and kept referring to the "hair weave" hair as her "hair leave".
Chloe was a beautiful mermaid. I had the pleasure of making her costume this year. I loved it so much I wanted to wear it myself! It was so sparkly! 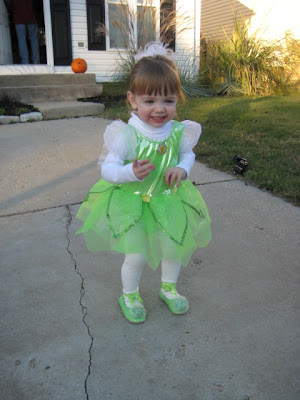 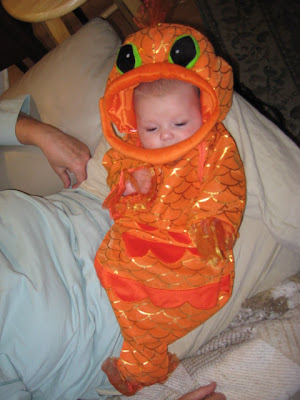 And last but not least, here's Zachary (or as Ryan decided to call him "Zack Attack"). Zachary was a cut fish to match Chloe's mermaid! This was, by far, the CUTEST baby costume I've ever seen. 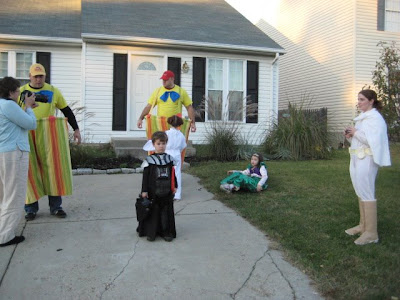 Danielle carried on the Star Wars theme by dressing as Padme. It was an awesome costume that her sister, who wore it last year, mailed to her.

Mike and Will humored my request to dress as Tweedle Dee and Tweedle Dum. They were getting upset as the night went on because everyone kept saying, "hey look at that clown!" or, my favorite, "hey, what's up with those big trousers"? 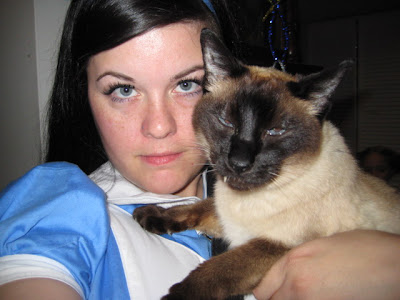 I don't have many pictures of my costume. I was Alice in Wonderland. Here's one with the snaggle-tooth Cheshire Cat. 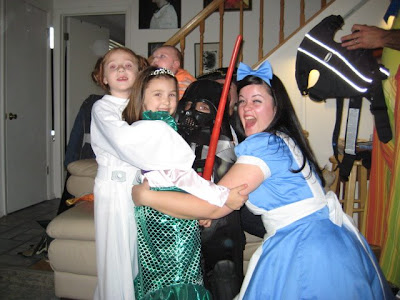 Here you can see a little more of my dress. Can you see Zachary peeping over Chloe's head?

I had a great time this year. My parents got us the traditional Subway dinner and had hot chocolate waiting for when we got back.
Posted by Wondersomething at 7:27 PM