Why won't my husband let me buy an island?

Now, how cool would it be to say "Yeah, I own my own island"? I love Canada, even though I have never been there. I would like to one day move there. I saw on tv a man who is a broker who sells islands. He said that if you can afford to buy a car, you can own an island. So I went to his website www.privateislandsonline.com and the first one I saw was only $27,900! (after the US/Canada exchange) And it was called Davis Island! Now if that is not meant to be, I don't know what is.

It's about .80 acres and it looks to only have a shed built on it. It's not like what one would think of when they think of an island. It's covered in trees and doesn't seem to have a beach and it's in Nova Scotia, which is not the climate for sunbathing or water sports. But I don't like beaches anyways.

Here's a sattelite photo of the island: 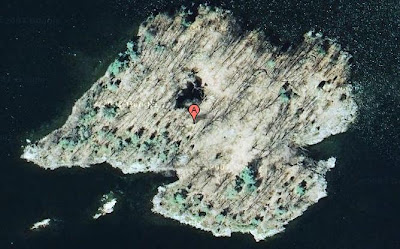 And here's a zoomed out picture: 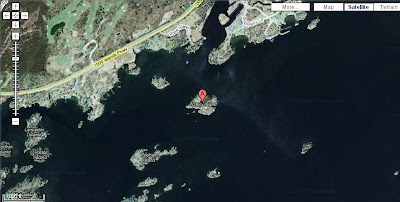 How awesome would that be? Now I know, I don't have even have a boat or a pier or a place to stay when I'm on my island, but I could take care of that later, when I get more money. Who else would be able to say they own their own island? We already own land in Scotland (so what if it's only a square foot) why would it be so weird to do this?

So, as it is now, Ryan and I can't afford to buy this even if we take out a mortgage. So who wants to go in this with me? We can build a nice vacation spot with a cabin maybe even drive a golf cart around! Come on, people! This is a once in a lifetime opportunity!
Posted by Wondersomething at 1:29 PM