Our trip to New York City 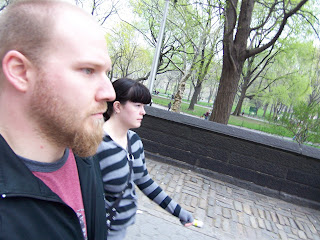 So Ryan and I offered to go to New York with our friend Rob this weekend. He was going up to a comic book convention to drop his portfolio off with Marvel Comics and some other big names. Marvel Comics is by far the biggest comic book company, responsible for Spiderman, the X-men, the Incredible Hulk, the Fantastic 4, and so on. They were accepting artist portfolios on Saturday and calling back 15 people on Sunday to go over the artwork.

Rob is an independant colorist for mostly indi comics. You can check out his work here. He's really good and we've been able to watch him progress since he started two years ago. Ryan and I were just going to hang around New York while Rob was doing his thing at the comic con. 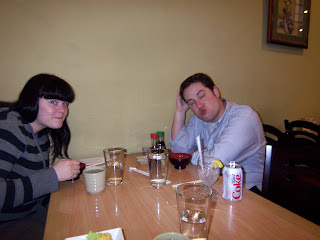 So we get up to New Jersey, where our hotel was, and started off to the city because Rob had to drop off the portfolio by 6:00 pm. We get to the building with about 15 minutes to spare. He then walked around and talked to some other bigger name comics like Top Cal and showed them his portfolio. They were really critical about a lot of stuff he had no control over, like the artwork. 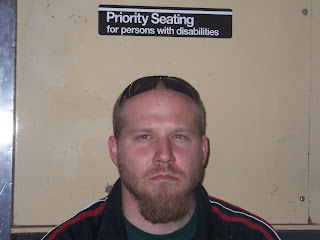 The artwork is created by a penciler and then an inker goes over and defines all the lines. Then Rob gets it and adds the color and all the effects. So, if the artwork is bad to begin with, the colorist can only do so much. So, he was pretty bummed about it and was really not expecting a call back from Marvel. We spent the rest of the night hanging out and eating sushi and riding a lot of subways. We kept taking the wrong ones! 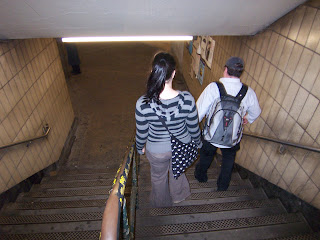 The next day we casually got up and out of the hotel and started our way back into the city. Rob was supposed to be at the con by 10 and we didn't even leave the hotel until about 10:30. He really didn't think he'd hear anything by the way Saturday went so he wasn't in a hurry to get back. Well, once he got there he found out he had a meeting with them in 10 minutes! Now we're sure they got hundreds of submissions and they were also looking to meet with pencilers, inkers, and colorists, so Rob's chances were pretty low. We were so excited for him just to get this far. 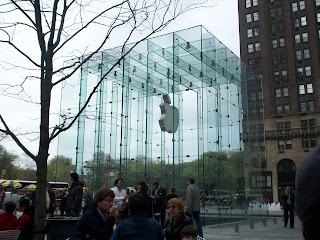 Well he got out and met us at a diner and told us that while Marvel didn't offer him a job, they were very complimentary to his work. And he was able to use the criticism he got on Saturday and apply those coments and defend why he made those choices. He said the guys were totally in agreement with him about everything and said his work was in the exact direction for the stuff they're doing. They closed it by asking him if he had a website and a card so he's now on file with them. Even if they never contact him for work, he can already use the fact that he met with them and it puts him in on a whole other level than the work he was doing.

Of course we went to F.A.O. Schwartz! 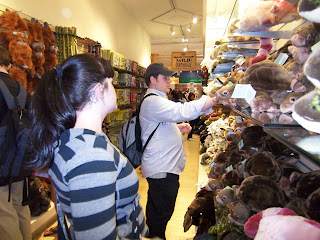 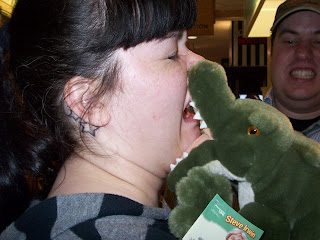 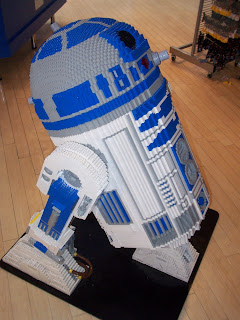 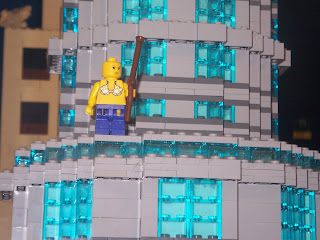 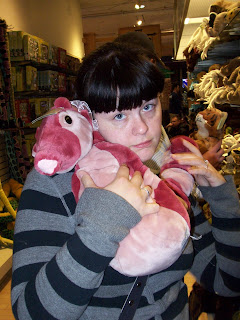 We saw the guys who play the "Big" piano. 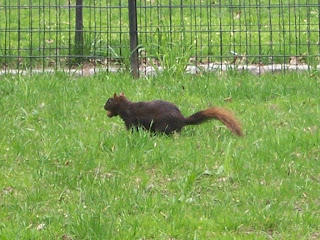 And we saw a black squirrel! It was a great trip. Ryan and I try to go to the city as often as we can. I saw a cute saying while at the World Trade Center. It went something like thisd:

There's always something to do in New York. If you ever get bored, it's your own fault

We are very proud of Rob that he has come this far and that he has made a name for himself! And we're so glad that we could be there for him this weekend.

Posted by Wondersomething at 6:01 PM

SO much fun! I love the blog!!! Keep it up!!! Also, instead of having to keep retelling the story I can just direct people here!!